I visited the largest medical museum in the UK. Firstly, I listened to a talk and slideshow. The talk was mainly about how drawings and art were used more frequently for medical documentation before photography took over. Medical illustrations have been used throughout history. However, the earlier illustrations strike the viewer as fantastical because they relied on older scholarship, in particular Galen. Illustrators were not permitted to deviate from what was deemed to be established information – even Da Vinci forwent accuracy in order to not be too controversial. The lesser known Andreas Vesalius (1514 – 1564) would be one of the first to accurately document anatomy and skeletal structure.

I found the depictions of intestines in some of the older drawings to be amusing – their positioning was reminiscent of sausage meat coils. The man giving the talk stressed that he thought that illustrators and scientists should’ve worked together – the images were produced without real reference to the body being autopsied or examined.

Walking around the museum, we were not permitted to take photographs or draw faces or genitals. The artist Anthony-Noel Kelly was jailed for stealing body parts which were used to make sculptures. The practice of taking casts of dead human tissue (Kelly’s method) has a long history. Until the Anatomy Act of 1832 the flayed bodies of recently executed criminals were often cast in plaster for anatomical study by both science and art students. While Kelly had been given permission to sketch some body parts from the Royal College of Surgeon’s collection, he had not been admitted to ferry remains in plastic bags back to his studio. This doesn’t happen frequently. Kelly and Lyndsay were the first people ever to be convicted in Britain for stealing body parts. I am interested in the theme of recognition, and how drawings and art that ‘replicate’ life but are still heavily abstracted can still be considered contentious. Where is the cut -off point, how abstracted or censored should something be before it becomes acceptable? 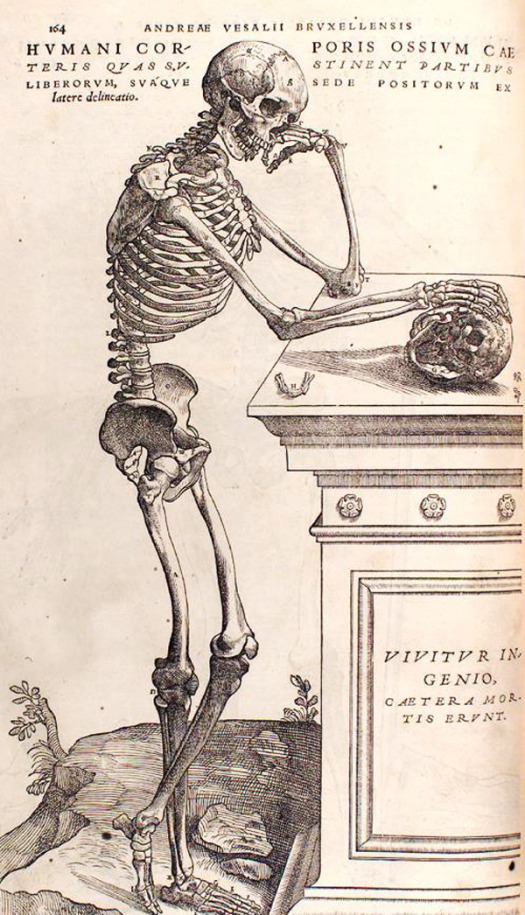 In relation to the visit to the Gordon Museum:

I’m interested in the depiction of skulls in art – they can be more than a ‘memento mori’. Yorick, Shakespeare’s fictional character in Hamlet – the dead court jester whose skull is exhumed by Hamlet – comes to simply evoke the theatrical.

A monologue on mortality:
Alas, poor Yorick! I knew him, Horatio; a fellow of infinite jest, of most excellent fancy; he hath borne me on his back a thousand times; and now, how abhorred in my imagination it is! My gorge rises at it. Here hung those lips that I have kissed I know not how oft. Where be your gibes now? Your gambols? Your songs? Your flashes of merriment, that were wont to set the table on a roar? (Hamlet, V.i)

In the case of art and science, the relevance of a skull can also be to do with pathology – I drew a skull in the Gordon Museum of Pathology. The case was a neuro fibrosarcoma.

I also ended up trying to emulate the method Holbein used to create his anamorphic skull during the Fine Art Maths session – shining a light at a clear plastic sheet with a rendering of a skull on it, at an angle. I have the drawing and will display it.